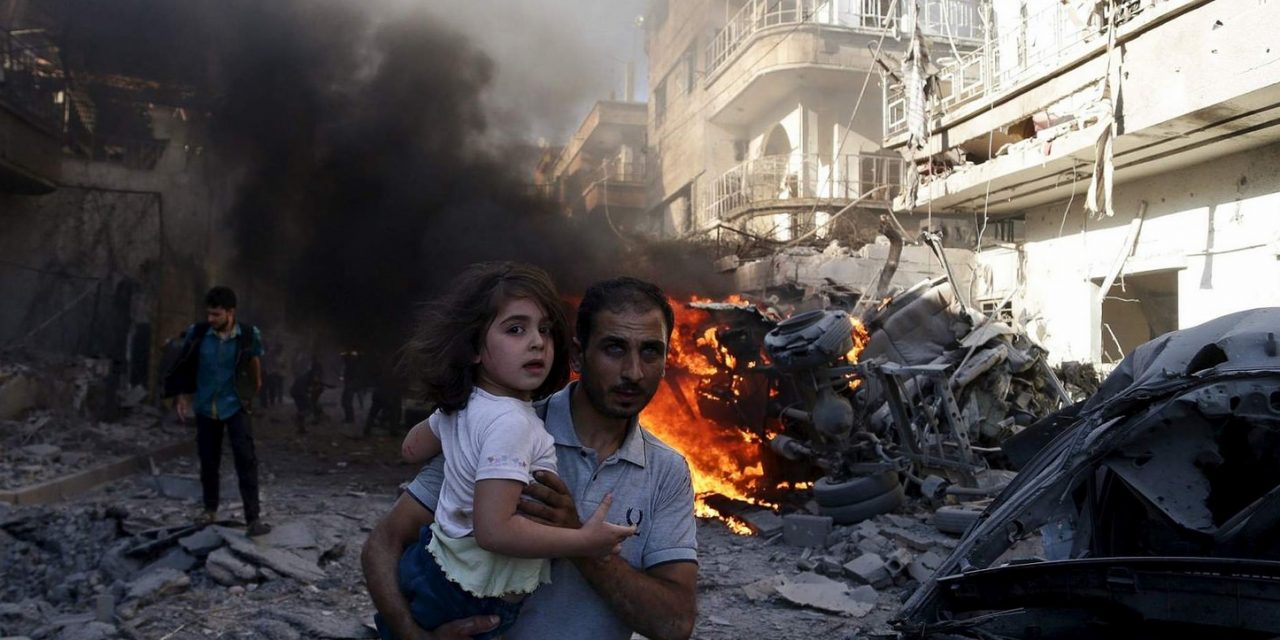 Sunil Patel had no reporting experience of any kind when he decided to travel to Syria in 2012 to become a war correspondent.

Reckless, naive, overly-optimistic; it’s a terrible idea whatever way you look at it, and not one to emulate, but Sunil had his reasons. He’d always wanted to be a war correspondent, he told his family, and the civil war war in Syria seemed like a good place to learn the trade.

“We’d never have war reporters like Robert Fisk or Seymour Hersh if they’d stayed at home with their Moms instead of going into the shit.”

Sunil hooked up with a freelance photographer, Carlos, with barely more experience than his own and the two of them manage to brazenly walk across the border from Turkey and enter Syria with no questions asked.

After a few false starts, they manage eventually to hitch a ride to Aleppo with members of the Free Syrian Army. In Aleppo, things start to rapidly get very real indeed.

““So here’s the deal,” one of these rebels later explained. “We’re out here to be martyrs. We want to help the Syrian people. If a tank comes by tomorrow and puts our people at risk, we’re going to go out there and risk our lives.” He rubbed his chin and paused. “And I’m sure you don’t want to risk your lives. We will die for the cause of Allah. I don’t think you want to.”

I just thought: Holy fuck. We just got dropped off in the middle of a war zone. Our ride has left, and he’s not coming back. What are we going to do if these guys don’t let us stay with them?”

Read the full story of Sunil’s casual entry to Syria and running-for-his-life exit in the Syria Issue on Vice.com

I was locked down with my blind date. Now we’re engaged

Experience: my baby came out of my womb twice

Experience: I rescued a camel from quicksand