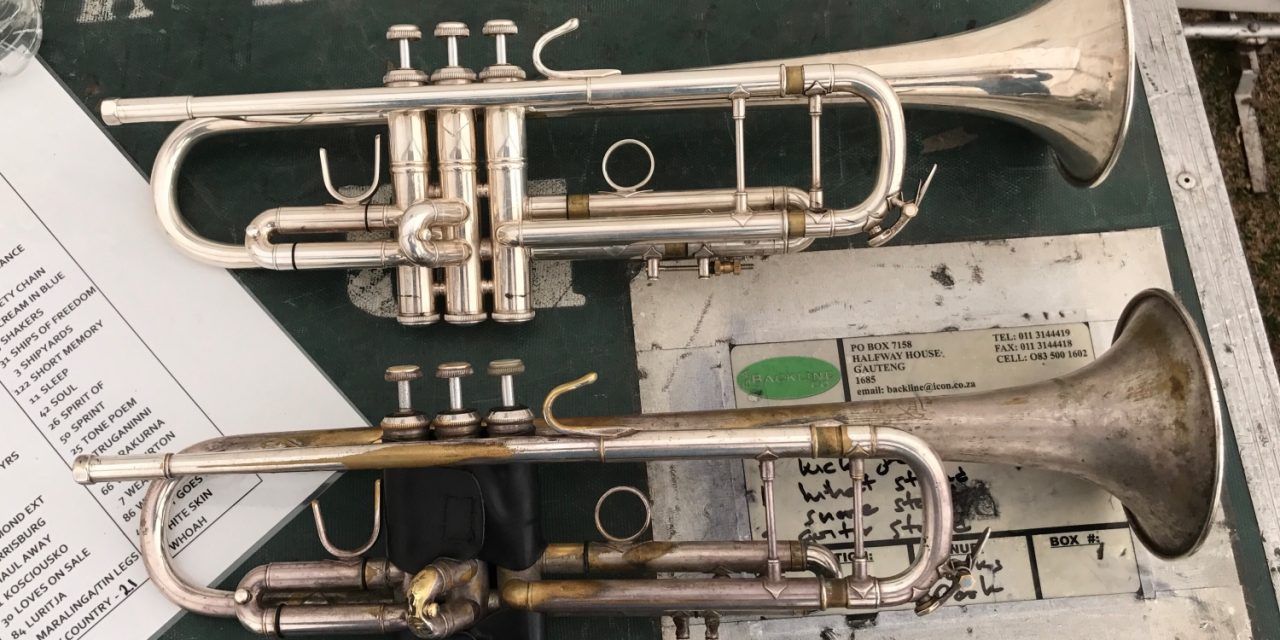 A hotel room in Toronto, baseball on TV (still don’t understand all the stats). Scattered around are my phone, computer, trumpet, books, throat lozenges, a variety of health supplements; and a new travel bag to replace my trusty Big Day Out one which has finally given up the ghost. I hear footsteps down the hall, a fire-engine down Yonge Street. The room is odourless. My five senses are not being taxed. I’ve got a crick in my shoulder and a sore neck from dragging around my increasingly burdensome luggage. We’re all feeling bone-weary and home is just a trans-Pacific flight away. The hotel room is a safe haven and I look forward to it with possibly disproportionate anticipation after a long day’s travel. We’ve stayed in some fine hotels along the way but this one is a bit odd and a bit tawdry with a slippery fake wooden floor (particularly bad acoustics for trumpet practice), chipped furniture, a door that won’t shut properly and someone else’s pubic hair on the toilet seat. 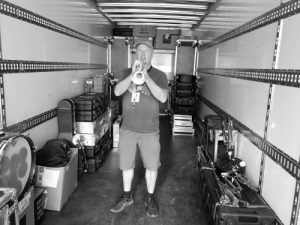 You practise where you can, and a van’s acoustics aren’t bad.

I have a quiet evening in working on some music of my own. Not that there’s much space in my brain for anything non-Midnight Oil at the moment. Currently on high rotation in my head is the heavy, heavy riff from Comfortable Place on the Couch. Before that, it was the energised riffs of Is it Now and the loping chorus of Tin Legs. Number one on the hit parade for the tour has been Kosciusko – so many small hooks in one song. I find it in my head all the time. Postcards is a favourite whenever it appears in the set and Martin lets loose on guitar.

We played in Montreal two nights ago and it was one of the best shows of the tour. You could feel it by the end of the second song, Read About It – a combination of great sound, a willing crowd and a fired-up band. We even had a bunch of punters up on stage dancing during the encore! No technical mishaps either. There were a couple of those the show before in New York which took the gloss off a very good gig.

The set seems to be evolving into something like – an opening salvo of heavy riffage, a second group of songs interchanging the lesser-known tunes, a more intimate cocktail set and then the greatest hits package. Having said that, it can still be very unpredictable. Sure as hell keeps the interest level up. The set arrives at soundcheck and we all peer at it to see what rare elusive birds might be in there; and the band to its credit, after all of those months rehearsing, just needs a brief revision to get them up and running. A couple of my favourite lesser-played brass songs are in there, too, this night – the moving Ships of Freedom and Drop in the Ocean.

There are only three shows to go on this second, brief US/Canada run before we head home – home being a distant concept in this extravagant and unpredicted year. (I dreamt of AFL footy last night so we must be close.) Five weeks rehearsing in Sydney, six weeks in Brazil and the US, eleven weeks on this current leg and another six weeks to go in Australia and NZ.

Generally, I’m a homebody these days – sometimes content, sometimes frustrated, happy with the cats and our dog, Jet. I have a very good job teaching music, I have a variety of my own musical enterprises going (free plug – have a listen at jackhoward.bandcamp.com), I play with a cornucopia of other bands around town, H & C have the occasional re-boot – definitely nothing to complain about. But this tour has kind of realigned my brain and my expectations. Last year, I was teaching a VET class for the first time, I did a Cert 4 in Workplace Training and Assessment (oh the joy!), launched Epic Brass, released a new CD and moved house. Etcetera. I had a full dance card. This year, I have one job. Somebody else is in control of my life and I’m tagging along for the glorious ride. I’ve read so many books along the way and had so much time and space to make music and visit art galleries and restaurants in far-flung climes. It’s ridiculous!

The looming question is, and has been for awhile, how will I go back to normal life after this!? Not to be morbid about it but I’ll be 59 by the end of this tour and starting to count backwards not forwards. The issue is how best to utilise the time. As Twisted Sister once asked – what do you want to do with your life? I wanna rock! This year of highlights will be hard to top.

If you missed them, read Part 1 of Jack’s blog here and Part 2 here.

The final Australian leg of the Midnight Oil Great Circle tour kicked off in Alice Springs on Monday, October 2nd.

I found a 95-year-old message in a bottle 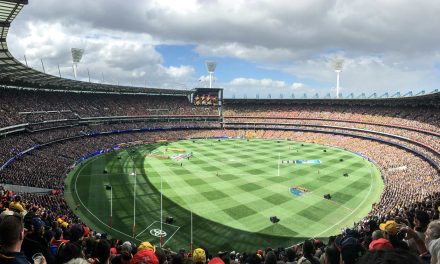 The Last Saturday in September