I was born in a different millennium to my twin

I get to mark my birthday 24 hours before she does. But she’ll at least get an extra day in her 40s when I’m 50

Mom went into labour on 31 December 1999, while playing cards with family. My sister and I had not been due until February; though twins are often born early, I don’t know if my parents had imagined us arriving so close to the new year. At the hospital in Indianapolis, a doctor came into the maternity ward at about 11.30pm and asked on which side of the millennium they wanted their babies to be born. Before Mom had time to respond, my dad piped up, “How about one of each?”

We were delivered by C-section, which gave the doctors more opportunity to influence the outcome. The deliveries could hardly have been timed better: I emerged at one minute before midnight and Jordan joined me at one minute past. Worldwide, four other sets of century-straddling twins were reported that night, though I don’t think any of them were quite so close together as we were.

Experience: I punctured my lung by eating cereal 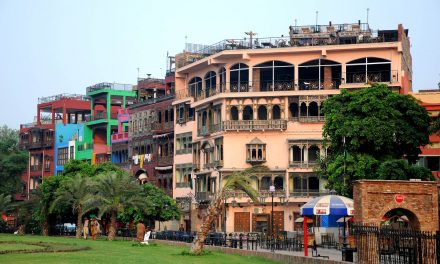 Living in an extended family in Lahore